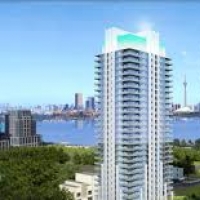 Condo rents down 11%, the biggest decline on record

September data from the Toronto Regional Real Estate Board and research firm Urbanation Inc. show a surge of units for sale, the beginning of a weakening trend for condos, along with a sharp decline in rents. That’s in spite of a boom in other segments such as single-family homes in Canada’s financial capital.

Active listings of condos in downtown Toronto hit a record at the end of September and were 215 per cent higher than a year earlier, according to Urbanation data. That compares with just a 5.3 per cent rise in total housing listings across the city during the month, according to TRREB data released Tuesday.

The trend means condo prices in October will likely fall on an annual basis, Urbanation President Shaun Hildebrand said. “Demand is just not keeping up with new supply right now,” he said.